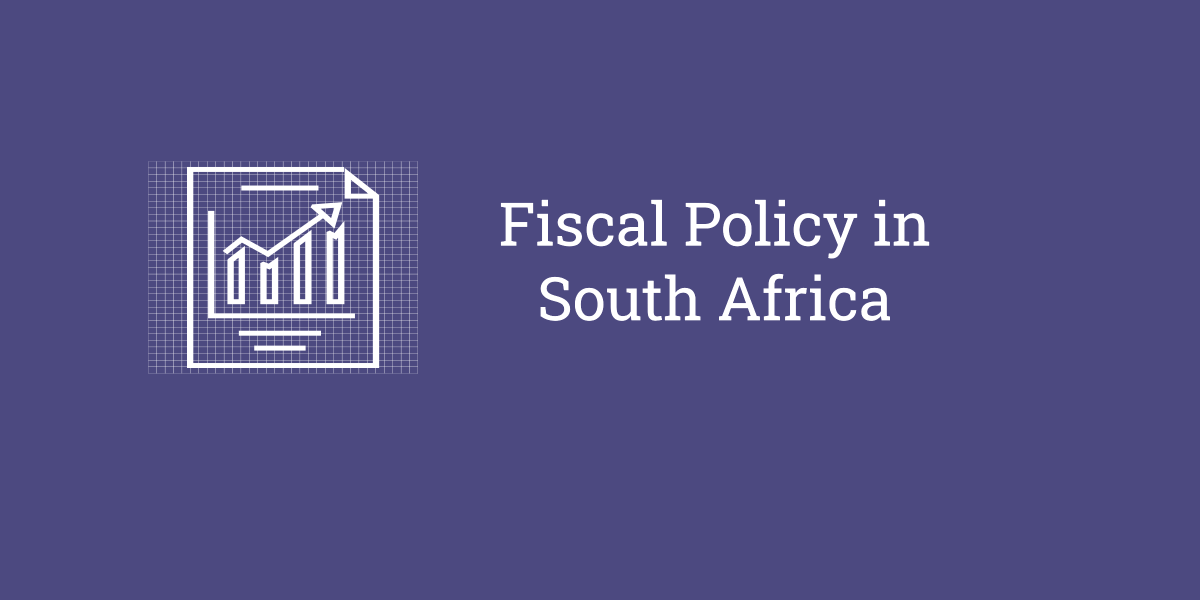 There is some confusion over whether the idiom should be a “600 pound gorilla” or the much larger “800-pound” creature. The usage also differs with some using it as a form of praise for companies that have dominant positions in markets, and others using the idiom to describe a difficult situation, which is not being addressed.

One would hope that public policy analysis would be as simple as identifying the gorilla, but the power underlying public policy choices is infinitely more complex. Sometimes it is simply that everyone wants to be a gorilla, but more often than that there are small gorillas and big gorillas, and different types of gorillas.

Inside parliament, as Finance Minister, Pravin Gordhan delivered his inaugural Medium Term Budget Policy Statement (MTBPS – euphemistically know as the mini budget), there was not one, but a multitude of gorillas.

Let us start with the political gorillas. Two of these gorillas – both 600 pounders – are engaged in an argument, between the so-called “moderates” and “leftists” in the ANC, together with their supporters.

The argument seems to centre on the definition of “micro and macroeconomic development planning,” and through that the assignment of powers and functions over economic policy.

Both gorillas in this definitional fight hope to take on the third super sized gorilla called “structural poverty,” further emboldened by the global economic crisis.

Size, of course, is not the only determinant of political strength. Dexterity and collaboration are important strategies too.

Would the two 600 pound gorillas not be better placed pooling their resources together to fight the super sized gorilla, if they recognised their commonalities?

The mini-budget provides some indications of these commonalities.

One of the common grounds between these groupings is that public expenditure, especially social spending, should not be cut back after taking account of inflation. Minister Gordhan, despite a global economic crisis and recession in South Africa, has courageously tried to deliver on this in a context where tax revenues are significantly reduced.

The estimates indicate that consolidated expenditure is set to rise annually by between 7-8 percent. The increases, if Treasury forecasts on inflation are achieved, suggest a moderate real increase in expenditure at just over one percent.  Whilst this is a much lower increase than previous years, keeping public expenditure at these levels is a major achievement, especially if improvements in the quality of spending are achieved.

In the current circumstances, the calls for increased social spending will increasingly need to be measured against the reprioritisation of spending to ensure that social spending in particular does not face the real decreases it faced in the 1990s.

Importantly, for institutional and foreign investors the deficit of 7.6 percent is not such a major issue. This is due to it falling squarely within the framework of structural budget balance outlined by Planning Commission Minister, Trevor Manuel, and a changed global environment that accepts the need for increased government spending.

Consequently, the deficit as one of the sticky points around macroeconomic policy is another area of commonality. Obviously this is not only a product of the ideological ascendancy of the left, but also a response to domestic and international conditions and circumstances.

Another area of commonness is that the focus needs to be placed on effective and efficacious spending with respect to “public expenditure.” This is an important and vital area of agreement, as increases in social and economic spending can be squandered on useless programmes or wind up shoring up programmes that lack institutional support and operational capacity.

Arguably, then, there is enough to construct a historic pact within the Alliance between moderates and leftists that is foundational to having a fighting chance to overcome structural poverty.

But, even if this happens, the so-called moderates and leftists need to face up to the fourth rapidly feeding gorilla with tons of ‘bling’, which we can call the ‘careerists’. This gorilla not only functions in the government sector, but increasingly, through black empowerment deals in the private sector.

In the saddest of ironies, the fight over economic policy provides the cover needed for the careerists to gain influence. Without a concrete agreement on what it means for the ANC to be a “strategic centre” and “disciplined force of the left,” the careerist have a sniff at becoming the alpha male.

Minister Gordhan alludes to the importance of creating a new set of alliances with a clarion call for a social compact at a larger level — and equally importantly by focussing governments efforts on reducing wasteful expenditure. This pragmatism and thriftiness has long-term importance.

But to be optimal, such a pact between the left and moderates requires recognition of the structural nature of poverty. Sadly, despite “structure” being bandied about by both groupings, they have not yet embedded a structural understanding of poverty in their policy positions.

The assessment of the ‘moderate’ position is well articulated in the South African debate. This position is criticised for adopting a set of orthodox policies to support economic growth without adequately ensuring that either the distributional impact of that growth is pro-poor; or more critically, that it reinforces the structures of accumulation that sees South Africa having amongst the highest levels of income inequality.

In sum, the critique is that with the passage of time, these orthodox policies will provide a weak and inadequate response to the structural features of poverty.

For their part, the moderates point towards the inter-generational costs of high debt, the track record of poverty reduction and economic growth as well as the introduction of programmes aimed at ensuring greater participation in the economy.

The ‘mini budget’ replicates some of these assumptions in that one of its aims is to shore up foreign investment and to communicate to formal markets, dominated by large companies, a sense of continuity in economic policy.

The assessment of the ‘leftist’ position is surprising, especially since its focus is squarely – to use a once fashionable parlance – to “transform material conditions.”

The underlying question is a foundational one to confront: Which policy alternatives could fundamentally alter the nature of power relations, especially those embedded in markets, that would break poverty and inequality traps, and provide the means to reach a more equal society?

Yet, the selection of policy options can be criticised because they remain weak and disconnected from poor households. Inflation targeting is one such example. There are furious disagreements on inflation targeting, with the left arguing that either the entire system should go or that a wider set of indicators should guide monetary policy.

However, even if the process of determining inflation targets changes, underlying conditions largely remain the same. In fact, even given a wider set of indicators, it is unlikely that lower interest rates would be guaranteed.

Equally important, banks are likely to continue to be tight lenders especially to informal and start-up businesses. Food pricing is likely to be high, as shown by the Competition Commission, because of multinationals control value chains and because mark-ups on gate prices are very high. Moreover, energy prices will remain high, not only until Eskom improves generation capacity, but also because aluminium smelters drain our energy generation and because renewable energy is not part of the mix.

Leftists would have a point in arguing that they have developed options in each of these areas and that such a strategic stance would be an unnecessary retreat.

However, it is the sequencing and selection of policy options that matter if conditions are to change.

Compared to changing inflation targeting policies, reaching agreements on food and energy pricing, the electricity reform process and changing the rules for lending to small businesses are all relatively easy areas of agreement.

Yet, these are not miniscule gains, suggesting a deliberate attempt to shift power in markets and society more generally towards the poor.

Through a better selection of policies, the left could, in this example, build multi-class coalitions and win policy positions easily as well as create the space for wider economic changes, including revisiting the inflation targeting position.

In some ways this is a contemporary rendition of an old worker slogan “you cannot win in the boardroom (Cabinet), what you have not won on the ground.”

Taken together then, the debate on powers over economic policy that framed this year’s MTBPS is a poor substitute for the real challenges we face, especially because developing the mechanisms for attacking structural poverty needs an interaction between fiscal policy and development planning.

Simply stated, it is time for the Tripartite Alliance to lead society by creating a historic alliance between its leftist and moderate wings.

Hopefully by the time Budget 2010/11 is delivered, the labels of “leftist” and “moderate” will no longer apply. Overall, the mini budget reflects the current contradictions, but the nuances of the speech suggest a foundation for building such an agreement.

However, even if the moderates and leftists reach an agreement, they will also need to confront the ‘economic gorillas’. Increasingly, the focus needs to shift to those power relations embedded in what has been memorably called “cartel country.”

The evidence is overwhelming: high mark-ups dominating value chains, collusion on prices and shifts towards capital intensive production are hallmarks of many of the larger corporations in South Africa.

This has an impact upon ‘wannabe gorillas’ — the small businesses that could ignite job creation in South Africa and also on those medium sized companies trying to provide opportunities for smaller suppliers and align business strategies to a developmental agenda.

Changing these power relations, which are embedded in markets is important for ensuring that the benefits of any future economic growth are shared.

The policy intuition in the mini budget seems correct with Minister Gordhan’s announcement that options to support job creation by reviewing current allocations and incentives represent a vital area of engagement. Such initiatives need to work, as the review of development data in the budget documents shows the devastating impact of the economic recession on unemployment — and when measured later this year, the consequent increases in poverty.

The international predictions of a rise in female poverty, increased unemployment and reduced opportunities are challenges that will be faced as a consequence of the global economic crisis driven by greed.

The inaugural mini budget by Minister Gordhan provides an inkling of what might be possible; to tackle that super sized dominant gorilla called “structural poverty.” In the next few months before Budget 2010/11 is revealed perhaps the most important task that he faces is cutting back even further on wasteful expenditure and redirecting this to social spending.

On that point at least, both the moderates and leftists can agree and it could be a promising start.

Budget 2014: ‘The Disconnect between Plans and Budgets’